Posted by esportswales December 31, 2020 in Dwr

DẅR, one of the esports wales esports community teams today announced the appointment of a new League of Legends roster. The new roster will be comprised of a mixture of Welsh and talent from other countries and will play under the Esports Wales DẅR banner. 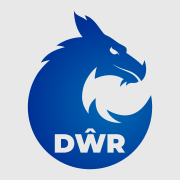 The new roster is made up of community members that are taking the next step in competitive esports and looking to enter the Valanth’s League. The team has been selected by Ace, and comprises of:

We’ve built an amazing talent pool in Wales over the last year and I’m thrilled to having community teams putting rosters forward to be part of the Esports Wales organisation. The team has a clear vision and direction, and with the correct support will hopefully we still see them starting to compete at a higher level.

“This team is built to win, that is all, we are not here to mess around.” – Clarkie

“This appointment is great news for Esports Wales and excited to see how they develop over the year .” continued John Jackson. “We’ve spent the past few years focusing on the community and trying to scout the top players in Wales. Our focus now is on the core of what makes Esports Wales and it’s the competitive gaming scene. I believe that as a brand and organisation we have the skills and experience to now make Esports Wales a fixture of the British esports scene.”