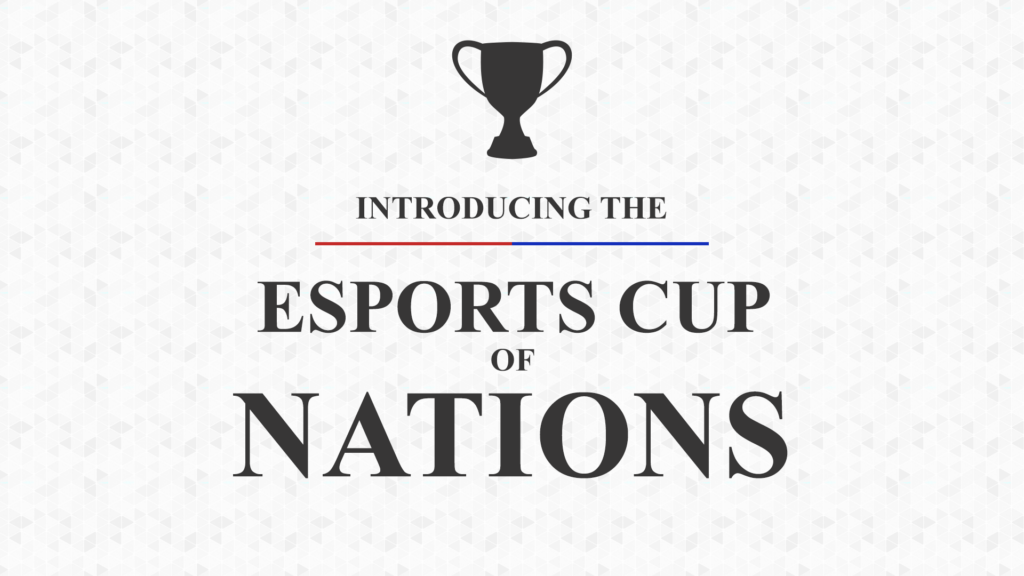 The inaugural Esport Cup of Nations, (ECON) is set to launch in what will be the first UK domestic international Esports competition.

ECON is a collaboration between Esports Wales & Esport Scotland and will see teams from both nations compete across multiple game titles including, FIFA, Counter-Strike: Global Offensive, Rocket League, League of Legends and Rainbow Six Siege.

The tournament will pit the best players from each country against each other across the five titles, with each victorious team earning their country a point. After the final match is played and the points tally totalled, one nation will be crowned the first-ever Esports Cup of Nations champions.

The competition will take place online on Saturday the 5th of September, and will be live-streamed on the Esports Wales official Twitch channel.

John Jackson, Founder of Esports Wales, said he felt the competition had the potential to grow into a true European tournament: “We’re incredibly excited to get this tournament up and running and to see the first-ever Esports international between Wales & Scotland kick-off.

“This is a very new competition, so it’s going to be interesting to see how the dynamics of multiple teams competing over five titles plays out in terms of intensity. Esports Scotland has been around a little longer than us, so that experience could give their players an edge, but hopefully, the talented teams in red will prove that there’s no substitute for skill.”

With the competition being the first of its kind, there is plenty of room for it to grow, something John felt was a very real possibility over the coming years.

John continued: “Esports is growing rapidly amongst the schools and colleges of the UK so it’s only a matter of time before these players want to go on and represent their country. With nations like France and Germany already boasting a strong Esports showing, we feel there is no reason why we can’t grow our competition into a European Esports Cup of Nations.”

The competition schedule is: