Esports Wales is competing in regional qualifiers for the 13th Esports World Championship run by the International Esports Federation.

The national squad for Counter-Strike: Global Offensive are: 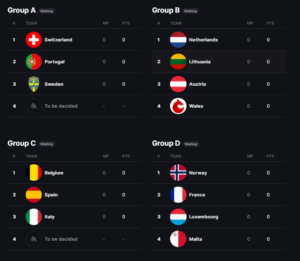 Wales’ squad will be joined by top players from the Netherlands, Lithuania and Austria in “Group B” of the European CS:GO regional qualifiers. The top two teams from each group will proceed into single elimination playoffs where the best two teams will be promoted to the Esports World Championships; hoping to reach the world final in Eilat, Israel.

The national player for Tekken 7 is:

Wales will be joined by Italy, Malta, Spain and the Netherlands in the Tekken 7 Europen regional qualifiers. The top two teams from each group will be promoted to six-team round robin. Three teams will then be promoted to the Esports World Championships and, if successful, will make it to the world final in Eilat, Israel.

When asked about this achievement, Esports Wales CEO John “SlayerJohn” Jackson had the following to say:

“We’ve spent the past few years focusing on the community and trying to scout the top players in Wales. Being the first year competing in the [Esports] World Championship it is going to be interesting to see how Wales fairs against the other countries. We will be going into this tournament as underdogs, and hopefully will take some of the pressure off our players.”

Wales’ journey in the Esports World Championships regional qualifiers begins on September 22nd at 18:30 BST (19:30 CET), with the group stages for both Counter-Strike: Global Offensive and Tekken 7 running until September 27th. Coverage of Wales’ CS:GO matches can be found on the Esports Wales Twitch channel so be sure to check them out and show your support.