Season Passes: Are they really value for money?

Posted by CardinalSpawn February 25, 2020 in Gaming

Hi and welcome to a long overdue blog from myself.  In this months edition I bring my thoughts and views on season passes, so without further delays lets just hop straight in and get going.

What are Season Passes?

I suppose this is as a good a place to start as any.  So season passes are a paid add-ons (or DLC) that players buy for extra content in addition to the base game they have bought.  In most cases, season passes will give you extra levels, maps, cosmetic items and even in some rare cases advantages over other players. All for a one off fee each year, the fee however has always come under scrutiny because on occasion the passes cost almost as much as the base game!

So why bother then?  Simply don’t buy the pass!

Well that’s where things get a little sticky, because as most games these days are focused on the multiplayer genre, which means invariably you are going to need the pass to be able to participate alongside others that you may play with and unfortunately gaming developers know this.

Season passes offer great items that you may see other friends or gamers with and you naturally then want the same as them or perhaps another version that is only (you guessed it) available through season pass purchases.  You may find yourself ready to explore the next part of content alongside your best mate only to find out that they haven’t got the season pass but you do which as you can imagine can put a right dampener on a session of gaming and so you two either choose a different game or go over recycled content.

Whilst I may be making it sound very much like season passes are the enemy there are cases where season passes have represented great value for money, whereas on other occasions not so much.  As a gamer and someone who has invested money into season passes in the past, I have seen the good and the down right ugly side of season passes.

So for example; Far Cry 5 which was released back in 2018 came with a season pass which included not only 3 new game modes/adventures as well as a full (non multiplayer) version of Far Cry 3 and the overall cost for the season pass was £25 at the time it was released.  Which doesn’t sound so bad when we look at the overall cost of things, to be fair £25 isn’t so bad, granted you will have already spent in the region of £50 – £60 on the base. In this case the “hook” was the extra game modes that if you didn’t have the pass you couldn’t access, after all the cost of Far Cry 3 isn’t astronomical so you could likely pick it up pretty cheap.

Farcry 5’s Season pass wasn’t too expensive and gave access to some reasonably decent modes and a copy of Farcry 3.

If they don’t sound so bad then what’s the issue?

To simply put it not all season passes represent good value for money. Let’s face it as a gamer you have just gone out and spent your well earned money for a game that you have waited for excitedly to get your hands on, now however ontop of this you also need to purchase a pass too! It doesn’t seem so fair now does it?

You’d be right for thinking it isnt but also right in thinking “well you knew what you were getting into when the game was announced!”.  Which to a degree again you’d be right because there are times when an element of “player entitlement” gets over the top and cooler heads need to prevail.

A prime example of this is the recent announcement of The Division 2: Warlords of New York which has caused quite a stir amongst its player base.  Unless you bought the ultimate or gold edition in the UK you would need to shell out another £33 ontop of the base game, for this you would get access to exclusive in-game cosmetic items, classified missions, access to the first year specializations as they were launched over the year and 7-days early access to year one content. The last episode (Coney Island) launched for all pass holders on the 12th February and then all other players had access 7 days later.

This release signalled the end of the first year with your final encounter fully reintroducing you to Aaron Keener (protagonist of the first Division).  The poor choice in all of this is you are to chase Keener down back in New York (lower Manhattan to be precise), which can only be done if you have purchased the new expansion which releases 2 days after the season pass ends. As you can imagine this has disturbed the hornets next that is the player base of the Division 2.

Some players are angry and feel cheated that they have been short changed by the developers of this game once again as the cost of the expansion is £25.99 and not only that there is also going to be a year 2 season pass. 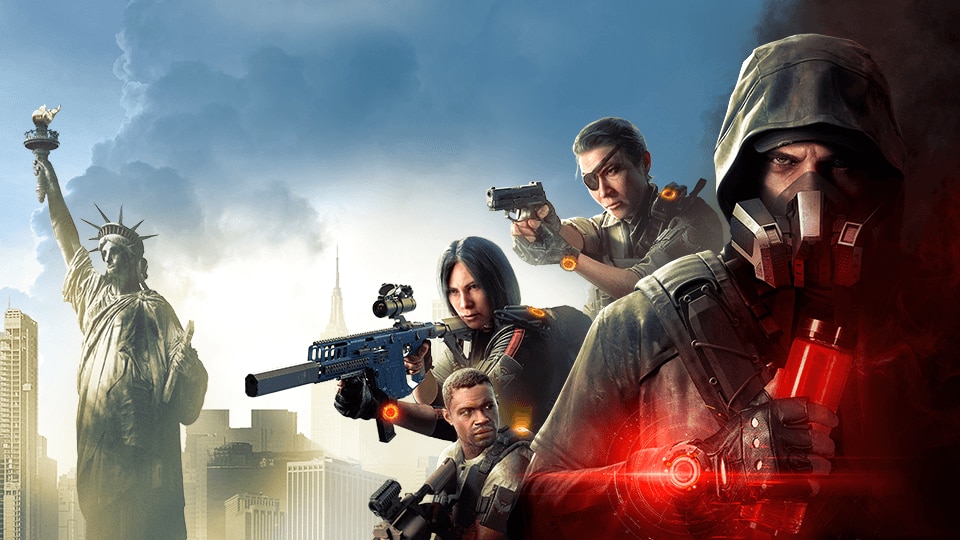 Warlords of New York has split the player base right down the middle. Image courtesy of Ubisoft.

So developers are just being Greedy?

Not really, you see the thing is now more than ever, players want longevity and more from their games. Let’s not forget though, it can be extremely costly to make a game and then continue to add more content. This isn’t just a case of updating and then you downloading the game, you have the level designers, the press teams, the voice actors, the coders and game testers and all this soon adds up.

Let’s look at Assassins Creed instalment Black Flag. This game when it released cost $100m and over 900 staff to create and develop the game, it is insane to think that something that we take for granted in the gaming world can cost so much, but when you take that into consideration and then think of the season pass side of things it almost (and I stress “almost”) seems reasonable. After all, if you want more content and you want those extra levels and awesome looking weapons why shouldn’t you pay for them?

Don’t allow yourself to think that I agree with the way that season passes are presented. I do think that the prices of season passes need to be massively reviewed because there are undoubtedly times when the price of the pass doesn’t represent the value of the content coming within them.

The issue is that not all games need season passes. Some benefit more from microtransactions and if you want an example of this then look no further than Grand Theft Auto 5.  This game cost roughly around $100m and in one day it made $800m so already it’s $700m in profit but things didn’t stop there by day three of being released it surpassed $1 billion in sales. To put that into perspective it took the first Avengers film 19 days to acheive the same target, it is also widely reported that the game has generated over $1.09 billion in microtransaction sales!

So you can see that season passes aren’t always necessary to sustain games, microtransactions can be an answer but those come with their own pitfalls but that’s for another blog and another time.

“ There are undoubtedly times when the price of the pass doesn’t represent the value of the content coming within them.”

Let’s wrap this up!

We have to accept that like microtransactions, season passes are not going to go away.  It goes without saying however that the gaming industry does need to take a long hard look at the overall cost for content ratio because more and more it appears that some developers are taking their player base’s loyalty for granted, this may not be the case for all developers but once the stigma is attached to one it is hard for all then to try and distance themselves from it.

We are in a time where we all want value for money and this is a fair demand, but as gamers we also have to respect that games cost money and if we want to ensure we get the longevity and constant stream of content that we so sorely desire then we have to accept this will also come at a price.

In the meantime I hope you have enjoyed this article, what are your views on season passes?  Have you had an experience where you have had value for money from a pass? Are you a Division 2 player? If so what are your thoughts on the expansion release days after the end of the season pass?  Let me know in the comments and as always you can stay up to date with all things related to Esports Wales via our Website and also via Twitter @EsportsWales.