Tân, one of the esports wales esports teams today announced the appointment of a new Counterstrike roster. The new roster will be comprised of a mixture of Welsh and other countries talent and will play under the Esports Wales Tân banner immediately with our first gaming being the EEL. 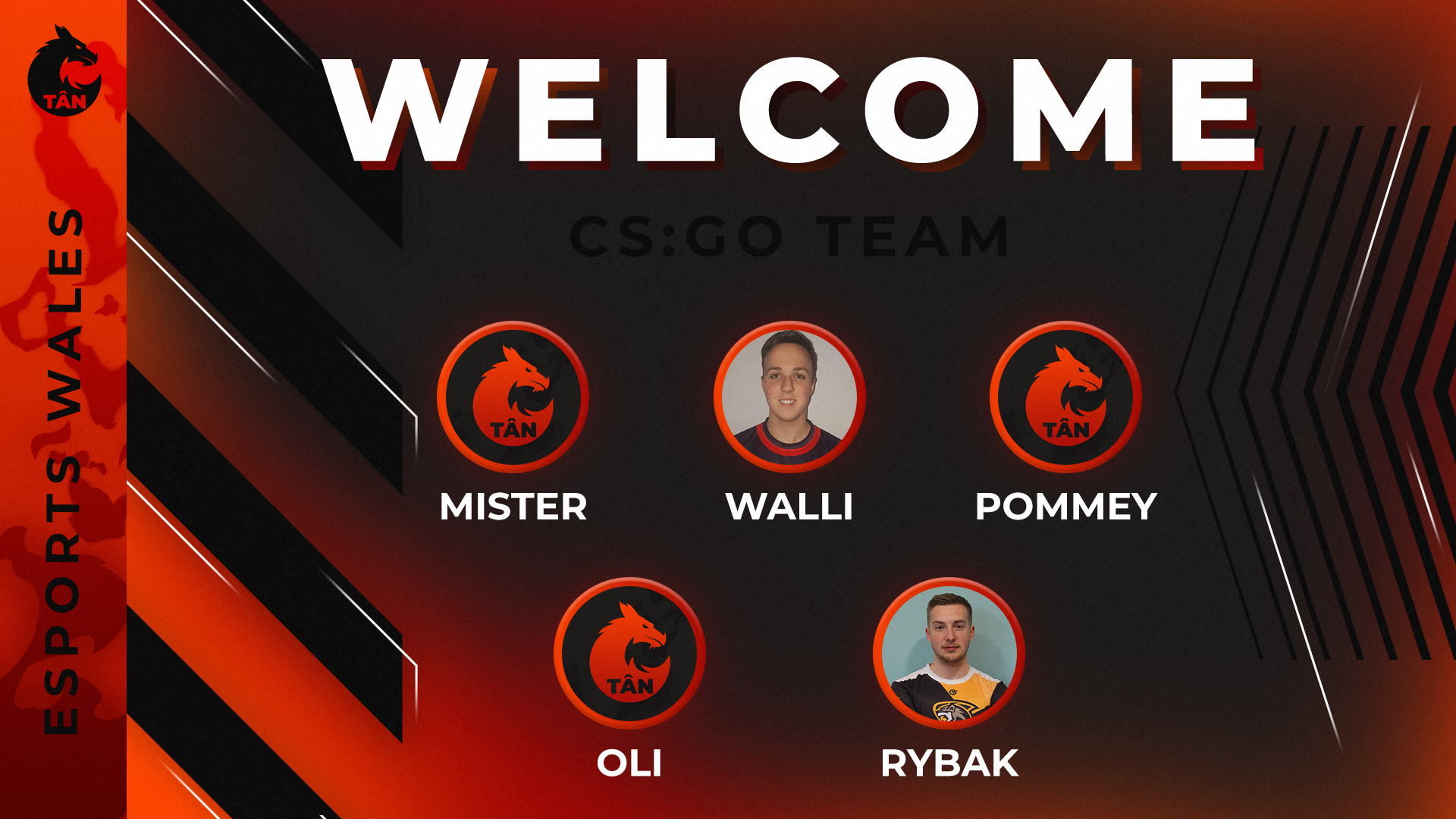 “A key priority at Esports Wales is the building and nurturing competitive gaming and players talent, especially Welsh talent,” said Matthew Payne, Chief Gaming Officer at Esports Wales. “Our new roster is one of the best in Wales and, with the correct support, will be able to make a great addition to the UK scene and impact the European arena”.

The new roster has two welsh national squad players and has a number of years experience playing in the ESEA. The team has been selected by Anders, and comprises, Mister, Walli, Oli, Rybak and Pommey.

We’ve built an amazing talent pool in Wales over the last year and I’m thrilled to pick up a strong roster like this that will be part of the Esports Wales organisation. The team has a clear vision and direction, and with the correct support will hopefully become the best team in Wales.

Walli added, “We’re all excited for this opportunity to represent Esports Wales, and the Welsh leading professional gaming organisation. We will start in the EEL and build for the next season in the ESEA.”

“This appointment is great news for Esports Wales and I am beyond excited to have a team at this level with two Welsh players in the lineup.” continued John Jackson. “We’ve spent the past few years focusing on the community and trying to scout the top players in Wales. Our focus now is on the core of what makes Esports Wales and it’s the competitive gaming scene. I believe that as a brand and organisation we have the skills and experience to now make Esports Wales a fixture of the British esports scene.”